“Greatness is not a function of circumstance. Greatness, it turns out, is largely a matter of conscious choice.” ~Jim Collins 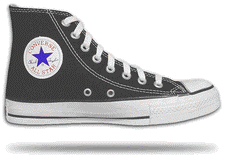 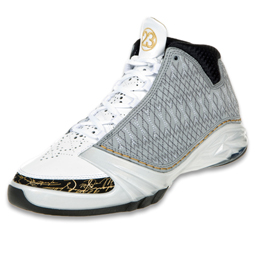 However, like many great success stories, ascending to the top and remaining there are incredibly difficult, and altogether different to accomplish. As time passed, the Converse Corp. suffered serious setbacks; and by the 1980s, the Chuck Taylor was no longer seen on the basketball court. As advancements were made, particularly with the advent of the Air Sole, and with a little help from megastars like Michael Jordan, the Nike Corporation started dominating the basketball shoe market. By the 2000s, the Converse Company, for a variety of reasons, declared bankruptcy and was eventually bought by its competitor—Nike.

We are not business historians,  nor are we experts on why some businesses succeed and others fail. We leave that work to folks like Steve Forbes and Jim Collins. Rather, we share this story because it reminds us that even though giants can fall, the greatness born from invention can survive. Even though the Converse Corp. is now a subsidiary of Nike, the Chuck Taylor itself remains a dominant selling shoe and and still holds a distinct niche among people today. It is the epitome of what we call “original greatness,” an OG. Pink Chucks can be seen worn by 10 year-old kids, while the classic Chuck is even popular among power-lifters. Chuck Taylors represent history, simplicity, quality, relevance, and significance. The shoe itself transcends time, generations, or even style. Find it fad among skateboarders, school teachers, and rock stars.

The story of the Chuck Taylors and Converse is fascinating and leaves us with three distinct conclusions:

Change is a common part of every organization, including schools. And like businesses, schools must change to ensure that they offer students every opportunity to succeed. There are incredible advances within education that continually revolutionize the classroom. Anything from teachers using a microphone system to teach the hearing impaired to Skype capabilities so classrooms that are a thousand miles apart can learn from one another to video tracking devices for coaching teachers after a lesson. Schools must be aware of the growing and necessary changes to ensure students remain relevant in an ever-demanding society. Being knowledgeable of the changes, aware of what students need, and knowing how to leverage resources to support the change are crucial to being relevant. In today’s climate, constant change should be expected. In fact, if your school or district is not changing, you’re not pursuing progress. The mere definition of progressiveness is “to favor new ideas, policies, and methods.”

Identifying the Need for Change

A critical 21st century skill is the ability to identify the problems that need to be solved. That’s not problem solving, which is being presented with a problem and knowing how to solve it. Business leaders are no longer complaining that young graduates don’t know how to problem solve. They’re telling us that young folks don’t know how to identify problems that need solving. For businesses to stay relevant in their markets, they must continue to change with the trends and needs of the consumer. That takes the ability to identify the need for change. Schools are no different. This is why we spend time talking about evaluating programs for effectiveness. Knowing what needs to change and what doesn’t is key. We’re not arguing for change for the sake of changing, but rather the identification of the need for change and the subsequent steps for improving. In fact, maybe we should decide what not to change.

What NOT to change

Before a school decides on what to change or what new avenues to pursue, the stakeholders need to distinguish between change and progress. One does not necessarily equal the other. Leaders not only need to decide on what needs to be changed, they also need to know what should not be changed. What are the classics?

We’re talking about the strategies, tools, and resources that are irreplaceable, and despite time, they continue to demonstrate their value and worth. Too often, in the pursuit of improvement, we sacrifice some of the very things that are foundations to success. Be wise enough to discern between advancement and activity.

The challenge in being a school of significance and relevance is learning how to grow and advance without losing the fundamental elements that are the bedrock of success. Don’t be afraid to hang onto tried and true practices that give your school its unique quality and significance while pursing progress with new ideas. Great achievement and success lie within continued growth and development that is built upon a foundation—these are your the pillars of success that withstand the tests of time.

Decide what make sense to keep in the Chuck Taylor category. Something with just enough style to return and remake it’s debut. Maybe it should just simply hang around while you identify something else that needs to be altered. Just don’t forget that change is unavoidable, it’s advantageous to be skilled at identifying the next profitable change, and make sure you stay true to your core unwavering values as you progress into the future.