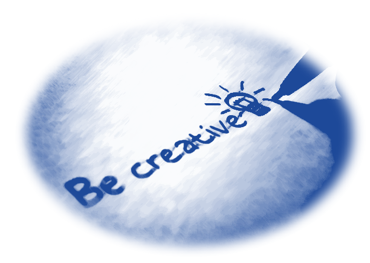 Sarah Jenkins was 17 minutes into teaching her lesson when Mr. Simmons, her supervisor, took a seat in the back of the room. Molly, an eager and energetic 7th grader, was reading a short passage: “My parents told me to stay away from Betty, but they had not told me to avoid Andy. He was a bully for sure, but I meant to ask him about the belfry and the taut-wire across the path.” Mrs. Jenkins stopped Molly and proceeded to ask the whole class a few questions. After a few responses, Sarah quickly divided the class into their specific learning stations. The students moved around the room and eventually got to work.

Mrs. Jenkins loved Wolf Hollow by Lauren Wolk. The fact that it dealt with the difficult topic of bullying set the stage to have “courageous conversations” with her students, and it was set in rural Pennsylvania, just miles Northwest of Sentry Middle School located in North Wilmington, Delaware. Throughout this reading, she was using learning stations to ensure differentiated instruction after a short whole class discussion. She broke the reading into chunks and then gave the students tasks for both summarizing and extending their thinking.

Just a few short hours later, Mrs. Jenkins was completely disheartened when she received an email from her supervisor suggesting that the transition to the stations could be less disruptive. His feedback was limited only to the classroom management aspect of what he saw during his visit.

Sarah didn’t necessarily disagree with her supervisor’s comments. In fact, she had already reflected on a better way to move students into groups for the next day. There was no mention of the stations and the quality and rigor of the tasks at each. Sarah planned extensively, and the activities for this lesson were diverse and engaging. She simply couldn’t help but feel resentful regarding the feedback. It was shortsighted and unfair.

Regardless of the organization, whether private industry or education, every leader wants their employees to “think out-of-the-box” as innovators. Schools desire classroom teachers who stoke curiosity and fuel creative thinking for students. Despite their appetite, and the common rhetoric that we value risk-takers, too often the leader’s actions do not align with their thirst for a creative output from employees. In fact, the opposite is true. Instead of supporting imagination and ingenuity, they stifle it. Instead of feedback being supportive, even when it’s corrective, it all too often only communicates a one-sided viewpoint. Instead of choosing to champion creativity, we crush it.

When the leaders’ behaviors aren’t aligned with the desired outcomes, we actually contradict the culture we want. This couldn’t be more the case when we include aspects of worker satisfaction, like engagement, creativity, and decision-making. “On average, fewer than two in 10 employees strongly agree they can take risks to be creative” (Gallup, 2018). For organizations to thrive, we have to support the people who are willing to take a leap. We have to create psychological safety, collaborative environments, and a willingness to take risks. As the leader of your organization, don’t fall into the following three common traps.

Choose to Champion Creativity, Not Crush It

That’s this month’s model for organizational creativity. Stay tuned for challenges, nuggets of wisdom, reflection questions, and more. Follow us at theschoolhouse302.com to join thousands of others who get alerts, resources, podcasts, and more.