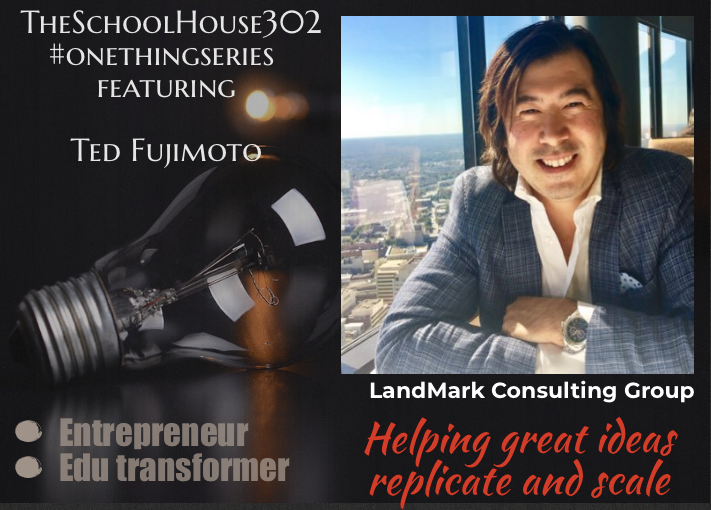 Systems cause people to do very strange things out of survival. ~ Ted Fujimoto

Have you ever wondered why the implementation of a new idea doesn’t seem to be working well? If so, don’t miss this insightful leadership interview with Ted Fujimoto, President of Landmark Consulting Group, Inc., a management and investment consultancy for scaling innovations in learning.

Ted helped to design and create the replication systems and strategy for several of the largest scalable, fastest growing, highest performing public school designs in the country that created over 350 schools, including Big Picture Learning and New Tech Network. Big Picture Learning public schools are located in some of the toughest urban areas in America, are graduating over 95% of their students with nearly 100% of them being accepted to college. The New Tech Network has created over 130 public schools and is opening 30 to 40 new schools per year.

Ted also serves on the Board of Directors of the California Credit Union, a $1.2 billion credit union. This interview is packed with great lessons in leadership and fantastic information about systems thinking and educational reform.

The one thing that I keep scratching my head about is the use of artificial intelligence and what it means for the future. ~ Ted Fujimoto

Let us know what you think of this #onethingseries podcast with a like, follow, or comment. Find us on Twitter, YouTube, iTunes, Facebook, & SoundCould. And if you want a new leadership interview every month to help you lead better and grow faster, follow this blog by entering your email at the top right of the screen. Finally, if you want more on the topics we cover, contact us.