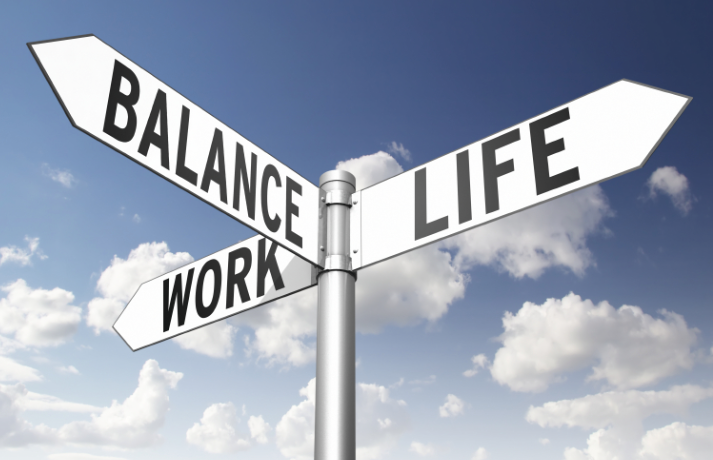 Jonathan is considered successful. Professionally, he is an executive in a large organization, he was recently recognized by the local rotary for his civic contributions, and is considered by many to be a very good leader. Personally, Jonathan is married and has three kids, and by all accounts, everything couldn’t be going better. However, despite his achievements, he’s conflicted about his own personal mission and finding time to balance work- and home-life. He has ambitious goals and his company is successful, but he feels that his work-life fulfillment could be greater if only he spent more time in the office. His family is a huge part of his life and very important to him, but he has guilt about the amount of time he spends at work, and when he’s with his family, he finds himself checking email, drifting off with thoughts about work, and essentially struggling to truly be present.

I ran into Jonathan at an event we both were attending and I asked him the typical “how are you?” and I received an atypical response.  Jonathan was actually honest and revealed the inner turmoil he was experiencing.  Jonathan and I have worked several years together, so I asked him if he would be willing to discuss these concerns over a cup of tea. I thought that talking through some of his conflict and exploring some ideas about how to solve this problem would help. True friendship is very often nothing more than listening and letting friends share and reflect out loud when they’re in a bind.

Honestly, I didn’t really have advice for Jonathan. In fact, Jonathan’s admission of conflict struck a chord considering my own work-life balance might be considered unhealthy by some. I don’t think of balance in the traditional sense and I thought maybe I could help Jonathan frame his own thinking around what works for him.

The first part of our conversation was about how hard Jonathan was working these days, the fruits of his labor, and the hours associated with being successful. The old adage arose in that anything worth doing takes hard work. But, it wasn’t enough. He felt that he could accomplish more if he spent more time working on the projects he has for 2017. The company was growing and Jonathan was a major contributor to the company’s success. He kept talking about how much time he spends working and the guilt he has about it, and so I asked why?

He was puzzled at first by the question, almost confused. His response was that his work hours consumed everything and that it wasn’t balanced with his family time. I let this answer hang in the air, just for second. And then I asked him if he liked what he does for a living. He was quick to reply, “Of course, I love it.” “So why so much guilt about spending time doing something that you love?” I asked. “It’s time away from other things,” he said. “Other than your family, what do you miss because of your work schedule?”

He didn’t have a clear answer.  He worked with his closest friends and could do lunch when they needed a break. His work really evolved into a passion, and he treated it much like a hobby, something that he enjoyed doing all the time.  Whether at night when the kids were in bed or even over the weekend when his wife was out, time became inconsequential.  So we landed on a question about when core values coincide with passion. I said, “It seems simple to me, one of your core values is to work hard at something you love. Don’t apologize for that.” I shared something that my father taught me long ago, “there are two things that you should never apologize for: 1. Finding something you are truly passionate about, and 2.Pursuing it with everything you have. For Jonathan, #2 was overlapping with #1. And so he identified that his work resonated with his core values and working hard was something he loved to do. Acknowledging this simple fact, somehow made him feel a bit better by all the hours he spent working, but he wasn’t totally satisfied yet.

Having a set of core values helps to identify priorities.

Jonathan thanked me. “For what?” I asked. He laughed. “For years I’ve felt guilt and apologized for all the time I spend working. I even have a tendency to hide work or checking emails when I am at home. But, I realize now that this struggle is with myself, it’s not about anyone else, this is about me.” What Jonathan needed is clarity around his values, both work and family. Jonathan likes his work and more importantly believes in what he is doing. What he lacked was a clear understanding of what his work and home life should actually look like. Jonathan realized that he didn’t need to apologize for working or his desire to be with his family. Rather, the guilt he was experiencing was a lack of clarity on the two and the fear of making the wrong choices.

What Jonathan needed to do was to be clear on why his work was so he important, to communicate this to his spouse, and to discuss how his work benefited the entire family. The last thing he wanted was for work to be a silent killer, a source of pain for himself and his relationships. For a couple minutes, no one said anything, just looking down, thinking. One of those moments where true friends don’t need to talk, and then he said, “But I still struggle with the time away from my family? How do I know how much time is too much time away from them for work?” “I don’t know,” I said, “It depends.” “Depends on what?” he asked. “For me, if you’re spending time away from your family so that you can earn the living that you want for them, then your core value is clear in that your family is actually first. It is critical to also identify what quality time at home with your family looks like. I’m not giving advice here, but the balance comes in doing both well, not in thinking about one when you’re doing the other, they both suffer if you do that. So, the goal is to be fully present wherever you are. ” We each took another sip of our tea. “I get it,” he said. “I need to identify and prioritize my work, so I can be assured that I accomplished what was necessary so that I can spend quality time with my family. Otherwise, I leave the office out of guilt because I’m not home and then at home I think about work the whole time.”

Priorities establish where to spend the most time.

Once Jonathan’s values are clear then he can set priorities and once his priorities are straight, he can make the right choices.  I said, “Regarding work, it’s about identifying key priorities within your workload that must get done throughout the day. This will eliminate uncertainty and doubt regarding what you must accomplish. We both know ‘inboxes’ are always full and each day has different challenges, so balance one day may look totally different than another. However, if you know what must get done, then you will have greater peace-of-mind regarding the decisions you make.” So I also asked Jonathan if he has ever talked to his wife, Jenny, and his kids about his work, the amount time he spends working, and their thoughts on the issue. The reality is…Jonathan had not ever directly expressed the struggle he was having, the internal conflict and stress he was experiencing, or that he was placing on this pressure on himself to “balance.”  We talked about how to involve his family into his work, so that they understand why it is so important to him and the importance of talking about how he felt with his wife.

He also identified that although he spends a significant time at the office, he wanted to be a positive role model for his children, with work ethic being a very important value he wanted to instill in his them. He wanted to pass on one of his core values to his kids—work hard at something you love doing. It reminded me of the Confucius saying: “Choose a job you love, and you will never work a day in your life.”  The truth is, though, without sharing his work with his family, this core value may not transfer.  Jonathan expressed, “I feel relief at not feeling the need to apologize anymore. Thank you for that.” “Sure thing,” I said, “But honestly it was all you, I’m just listening and enjoying my tea with a good friend.” We both laughed.

Priorities are about choosing what makes most sense in the moment so that you can commit to something else later, which is worth communicating to others.

Deep down, Johnathan knew his priorities all along, he was living them, but he needed a friend to help him work through things. He first needed to identify and reconcile his core values to set priorities to back up the choices that he was making. If working hard, which often comes with long hours, is something that he believes is important, apologizing for that is unproductive. Second, he needed to know that making the right choices on priorities in the moment, throughout the day, helps him to be satisfied with his decisions at the end of it. And, ultimately, he learned that trying to find “balance” without clearly identified priorities, often leads to not having it.